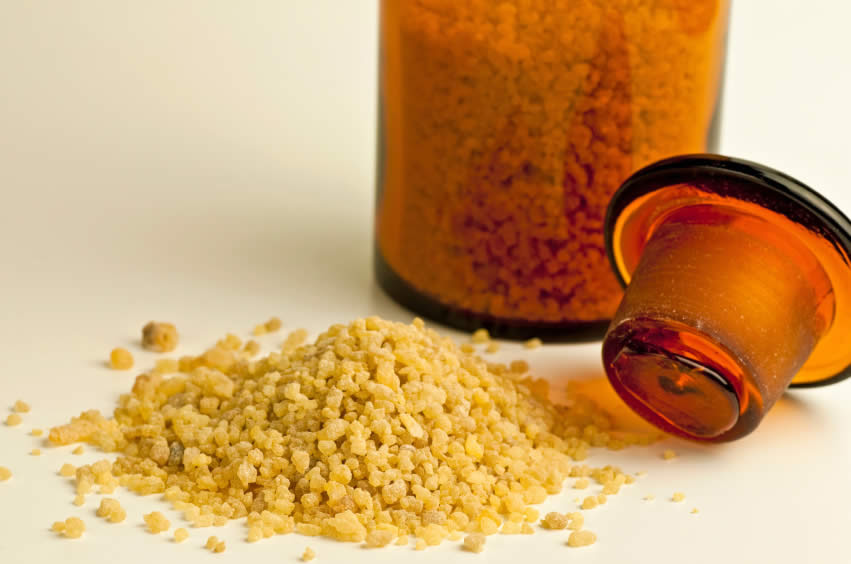 Like the Magi, carrying myrrh, frankincense, and gold, researchers from the University of Leicester have, for the first time, demonstrated the potential of treating ovarian cancer using the Christmas gift frankincense.

The origins of frankincense can be traced to the Arabian Peninsula. According to Herodotus (5th century BC):

Arabia is the only country which produces frankincense, myrrh, cassia, and cinnamon.. the trees bearing the frankincense are guarded by winged serpents of small size and various colors. (See this GreenMedInfo Summary)

Frankincense, along with gold and myrrh, is one of the most famous Christmas presents in history, and is a fragrant plant resin extracted from the Boswellia sacra tree found across Africa and Arabia. Using the compound AKBA (acetyl-11-keto-beta-boswellic acid) derived from the resin, the research has successfully shown its potential effectiveness in targeting ovarian cancer.

More specifically, they have been able to demonstrate the ability of AKBA to combat cancer cells in late-stage ovarian cancer.

After a year of studying the AKBA compound with ovarian cancer cell lines in vitro, we have been able to show it is effective at killing the cancer cells.  Frankincense is taken by many people with no known side effects. This finding has enormous potential to be taken to a clinical trial in the future and developed into an additional treatment for ovarian cancer.

Frankincense has been used as a folk medicine for centuries due to its anti-inflammatory properties, making it a viable treatment for asthma, skin conditions and gastroenteritis among others. Previous studies have also successfully linked AKBA as a potential treatment for many other cancers, including colon, breast and prostate cancer; however this is the first study to demonstrate its potential in combating ovarian cancer.

The researchers have shown that this frankincense compound is effective at killing ovarian cancer cells at realistic concentrations. What has been most surprising is that the cells we have tested which are resistant to chemotherapy have shown to be more sensitive to this compound, suggesting frankincense may indeed be able to help overcome drug resistance, and lead to an improved survival rate for patients with late-stage ovarian cancer.

Ken is a graduate of the U of T with a degree in molecular biology, and is the founder & product formulator of Sinfully Wholesome, a socially & environmentally responsible natural skin care company.

Ken McGowan is an environmentalist, social entrepreneur & the former leader of the Green Party of Nova Scotia.